Steffi Richter und Lisette Gebhardt: "Japan after 'Fukushima'. The Crisis of a System" 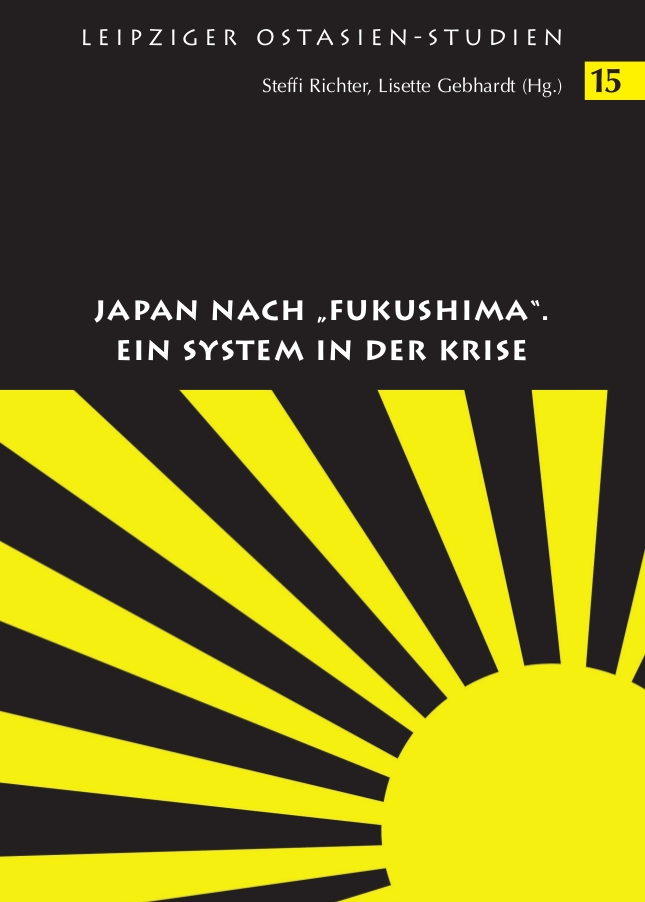 The present atomic crisis is also a crisis of the system „Japan“ – this is the central thesis of a recently published book in German on the  3/11 triple disaster in Japan. The book with the cover title „Japan after ‚Fukushima’. The crisis of a system“ (German: „Japan nach ‚Fukushima’. Ein System in der Krise“) was edited by the Japanese Studies scholars Lisette Gebhardt (Goethe-University Frankfurt) and Steffi Richter (Leipzig-University). Introducing a wide range of arguments, the book is one of the first interdisciplinary scientific approaches to the subject as well as a profound introduction into the inner circles of Japanese Post-Fukushima discourses.

The volume was published by „Leipziger Universitätsverlag“ and gives a comprehensive analysis of the situation in Japan after March 2011 (3/11): It explores the effects of the triple disaster – earthquake, tsunami and nuclear meltdown of Fukushima Dai-ichi – on Japanese society in general as well as on the thinking of scientists, journalists, writers and other committed citizens in particular. The four articles authored by Enno Berndt, Steffi Richter, Nicola Liscutin and Lisette Gebhardt address

In his article on „In the irradiant shadow of power – On the political economy of the Fukushima nuclear disaster“ Enno Berndt elaborates on strategies of the Japanese electrical power industry from postwar to present. Steffi Richter looks into the so-called „nuclear village“ (genpatsu mura) and its critique by scientists and activists in „The end of an ‚endless everyday life’? Post-Fukushima as a Japan-discourse“. Nicola Liscutin analyses the arguments of anti-nuclear power activists in her article on „Get connected! Fukushima, new media and the anti-nuclear power movement“. In „’I have waited a long time for this day to come’: positions of Japanese writers after ‚Fukushima’“ Lisette Gebhardt introduces thoughts of four Japanese writers on the assessment of the triple disaster.

Link to the publisher: http://www.univerlag-leipzig.de/article.html;article_id,1311